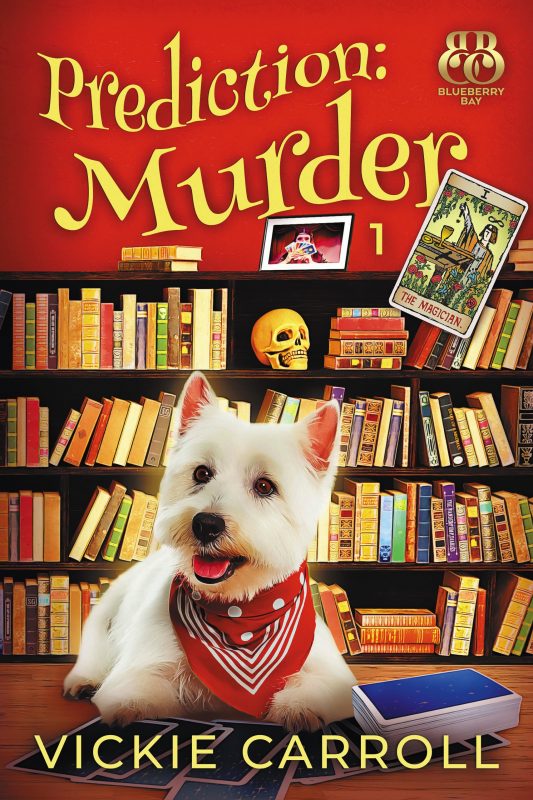 Harper Kagel answered her phone on an otherwise ordinary Friday evening expecting to discuss her day job. When the caller instead related the news that Harper’s cousin had taken a deadly fall, she dropped everything and returned to her hometown of Steepwick, Maine.

Although she only planned to stay long enough for the funeral, Harper never could have guessed that she would inherit her cousin’s home, business, and opinionated Westie named Einstein. Everyone in town welcomed Harper’s return with open arms and even inducted her into their Cold Case Club, a secret crime solvers’ society.

But Harper hardly has time to get settled in her new digs when she becomes the target of her cousin’s killer. Now she and Einstein will have to settle a centuries-old mystery involving her ancestors, and it will take help from everyone in the Cold Case Club–including her ex-flame.

Can Harper, Einstein, and the other Steepwick residents save the town’s reputation and Harper’s life? Or will she follow in the footsteps of her dearly departed cousin?

The Magician is the first book in Prediction:Murder, a quirky cozy mystery from Vickie Carroll. Get your copy and escape into the quaint town of Steepwick today! 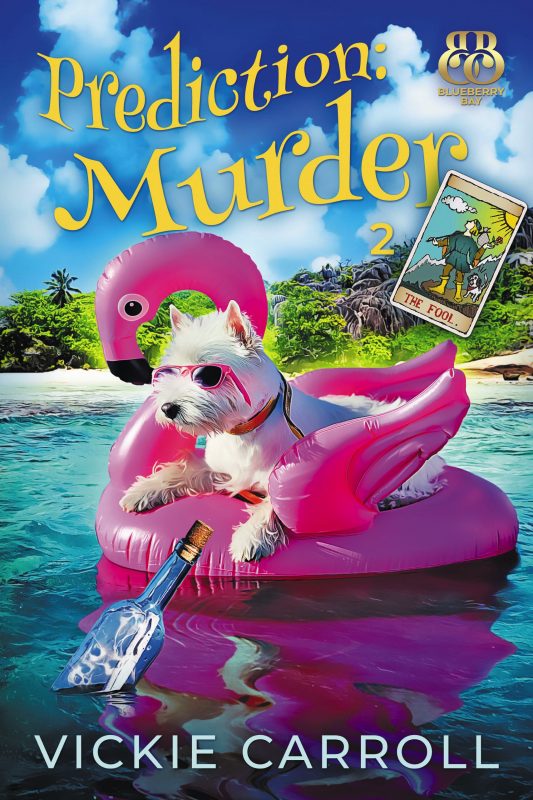 After returning to her hometown, inheriting her late cousin’s estate, and solving a mystery, Harper Kagel was ready for some rest and relaxation. When some friends from her Cold Case Club make plans to head to a nearby bed and breakfast, Harper looks forward to a few days in the lap of luxury.

The secret crime solving society no sooner leaves the Steepwick town limits when there’s a development in an age-old cold case. Their excitement over the possibility of solving this mystery pales in comparison to something else–a murder in their backyard.

Promises of days lounging by the pool give way to sleuthing as the intrepid group takes on the challenge of finding a killer. Once she returns home, Harper has the added pressure of sensing the presence of her ancestors in her newly inherited home.

But what are the ancestors trying to tell her? And will it cause a rift with the newly regenerated relationship she has with her ex?

The Fool is the second book in Prediction:Murder, a quirky cozy mystery from Vickie Carroll. Get your copy and escape into the quaint town of Steepwick today! 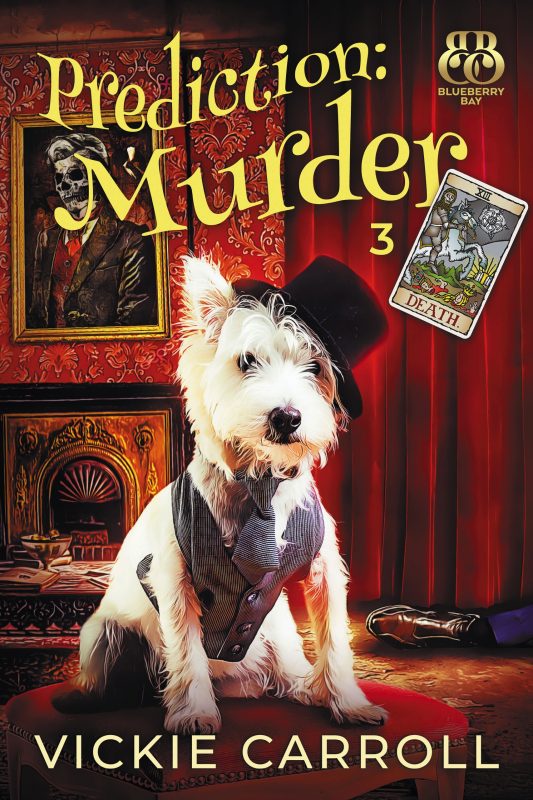 Since inheriting her late cousin's estate in Steepwick, Maine, Harper Kagel has had an eventful year. Every time she thought her new life would offer rest and relaxation, something else happened to prove otherwise.

And those incidents always led back to a rival family who accused Harper's ancestor of putting a curse on their family. One of them went so far as to hold Harper hostage! Now that the culprit is behind bars, others have taken up the cause.

Soon Harper finds that her cousin's death might not have been accidental, and she and her Cold Case Club are back in action. The rival family's constant harassment threatens to thwart Harper's investigation, and her sleuthing does nothing for her budding relationship with the Chief of Police.

Can Harper embrace her ancestral gifts in time to put an end to the rival family's nefarious plotting, or will she risk the wrath of the most powerful witch in the history of all things magical?

The Death Card is the third book in Prediction: Murder, a quirky cozy mystery from Vickie Carroll. Get your copy and escape into the quaint town of Steepwick today!